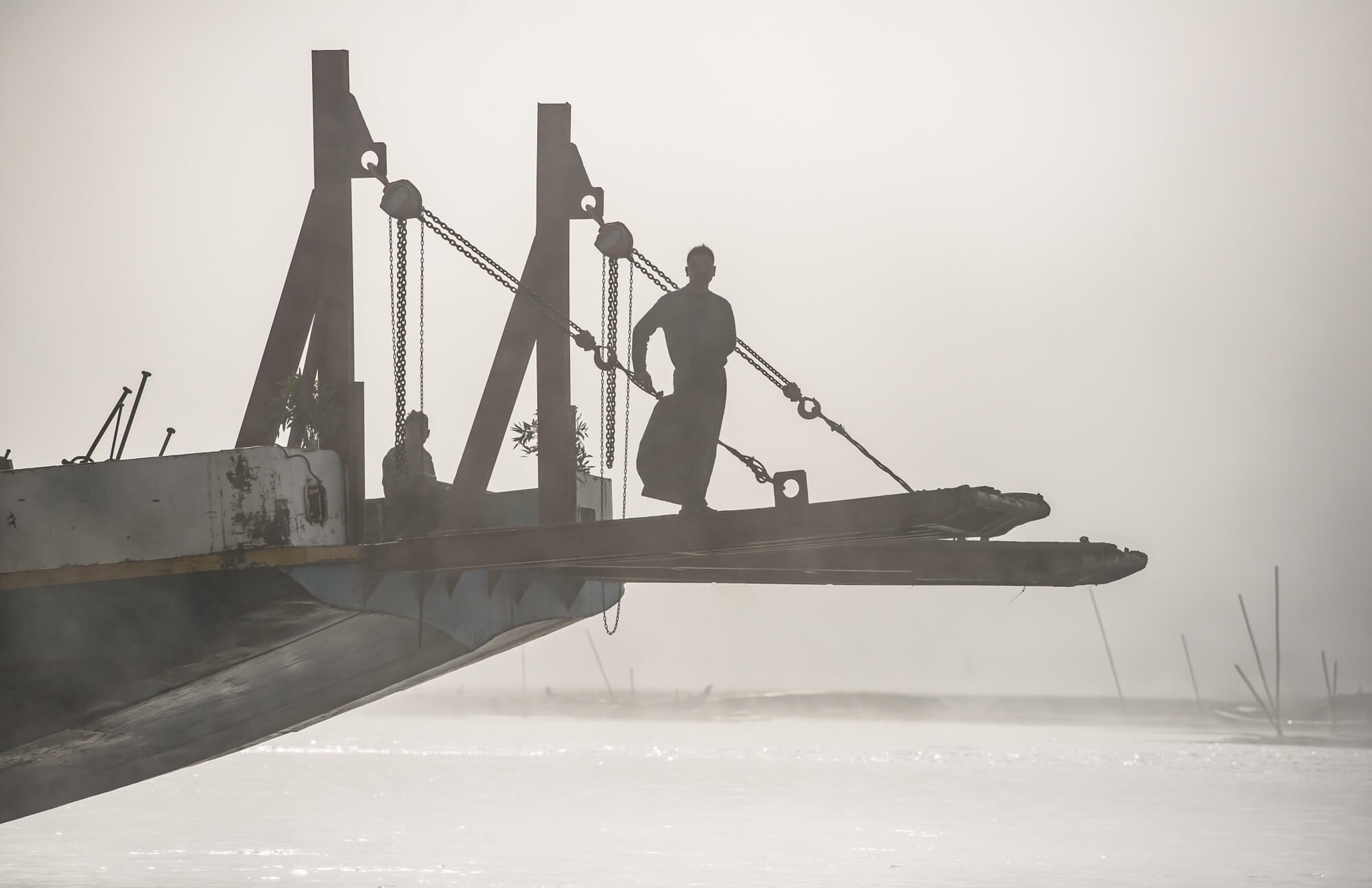 It was a magical morning on the Chindwin River in Myanmar. We were traveling up the river from Homalin to Lay shi. Starting before sunrise we headed up in a small boat into the fog. Visibility was near zero and we could only catch glimpses of the rising sun at first. But as the fog thinned, we began to see more of the other boats traveling up and down the river.

This is where this image was taken.